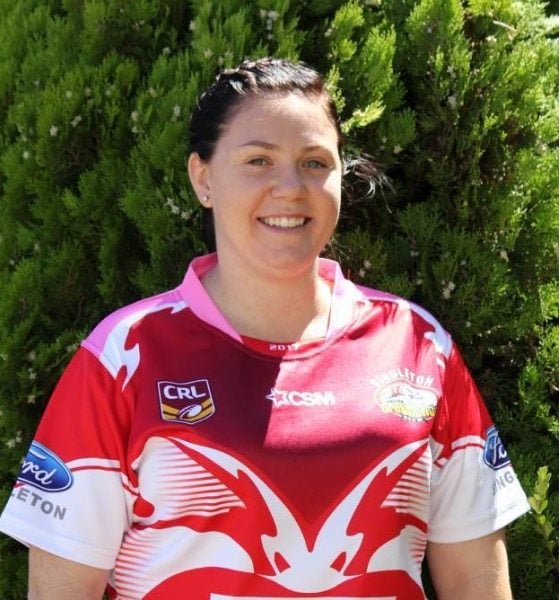 Singleton’s Phoebe Desmond has been selected in the NSW Country Women’s squad for the intrastate clash with City on Sunday, May 14 at North Sydney Oval.

This inaugural Women’s City versus Country Origin fixture is set to be a momentous clash.

A goal she has been focused on since organising – and playing in – the Greyhounds inaugural women’s nines team.

The side she helped put together went on to win the region’s first pre-season competition.

After this Desmond and fellow greyhound, Brooke Carter, pulled on the red and blue of the Newcastle Knights and defeated the Cronulla Sharks in an historic nines exhibition match.

The talented forward is currently playing for North Newcastle in the Women’s competition.

Desmond says is she is feeling a combination of emotions – “stoked, nervous and excited”.

“Absolutely pumped to go up against the best though.  The city side is basically the NSW team so it will be extremely tough, especially having the Jillaroo halfback running the show for them.”

She says they country team has training this Sunday, May 7 at North Sydney and they will head into camp on Saturday, May 13 ahead of the big match.

With the much-publicised extinction of the men’s edition, the addition of the women’s fixture provides a pathway for players from the NSW Women’s Premiership, the under-18’s Tarsha Gale Cup and local leagues.

The City side features a vast majority of NSW Women’s Premiership players, with seven Redfern All Blacks named, as well as six from Cronulla-Caringbah.

Country has used a lot of local league players, with the Illawarra division proudly represented, as well as six players from the North Newcastle Premiership side: